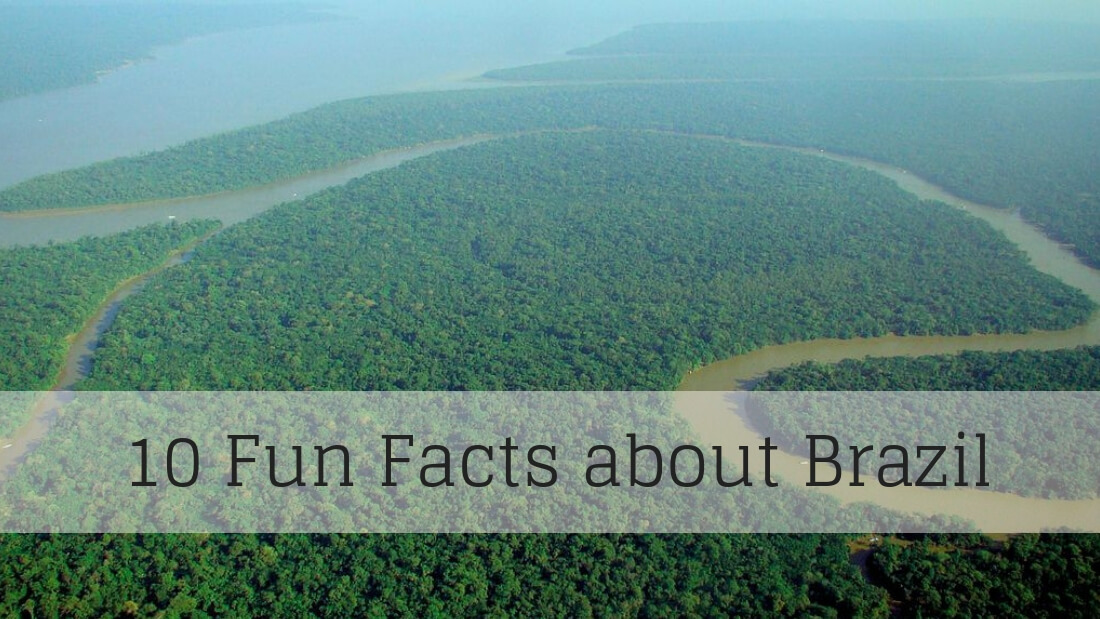 Bem-vindo a Brasil! Welcome to Brazil! 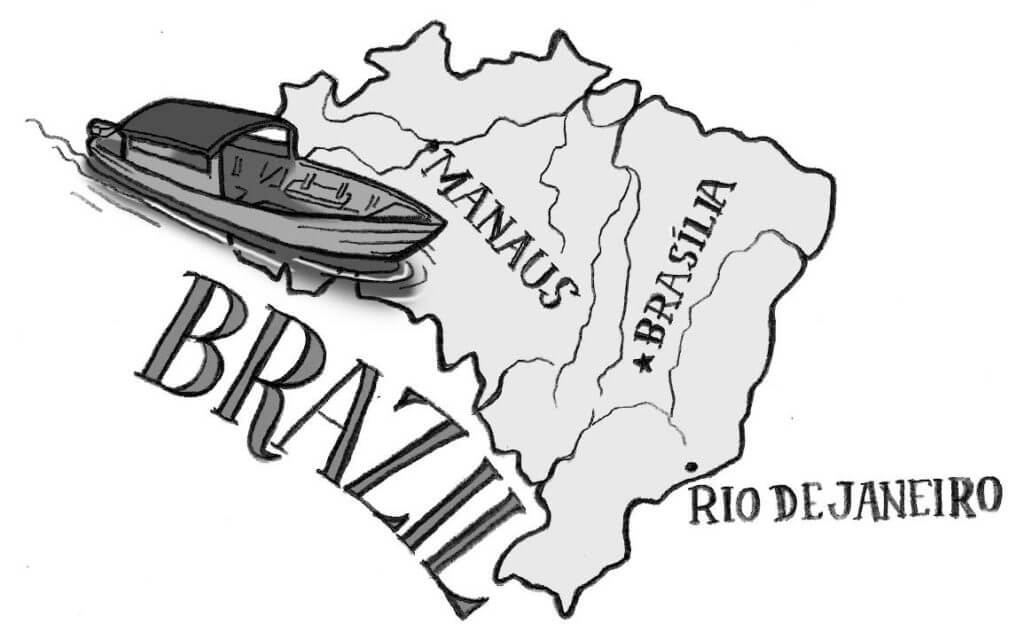 What do you know about this fascinating country in South America? Check out the following ten fun facts about Brazil, including links to fun videos and free printables.

1. Brazil’s name likely came from the Brazilwood tree, a tree that was once the most important commercial product from Brazil. It is the largest country in South America and the fifth largest country by population and land mass in the world (by comparison the United States is the third largest). The shoreline is a whopping 4,655 miles long.

2. Brazilians call their flag the Auriverde, the gold and green. The green represents the family of the first emperor of Brazil. The gold represents the family of his wife. The flag has 27 stars. These represent each of the Brazilian states, plus one for the Federal District, like our Washington, DC. They’re scattered on the blue because this is what the night sky looked like in Rio de Janeiro on November 15, 1889, just a few days before the flag was adopted by Brazil. Download and color your own Brazilian flag. 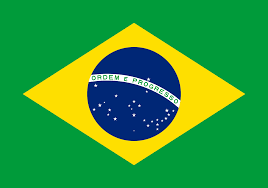 3. Brazilians speak Portuguese. To say hello in Brazil, you can say “Oi!” or “Ola!” If you want to greet someone asking how they are, you would say, “Tudo Bem?” This translates to “Is everything fine?” Your Brazilian friend might respond by saying, “Tudo bem” – “everything is fine.” Try speaking Portuguese.

4. Brazil has many amazing animals. There are over 1700 bird species. You may be familiar with the toucan. One of the many varieties of toucans is the star of our book, Mystery of the Troubled Toucan. We listened to toucans in the Amazon rainforest so we could describe what they sound like. Take a few minutes to listen to the sounds of the Amazon rainforest and our friends, the toucans. You can find the toucan in this printable word search. 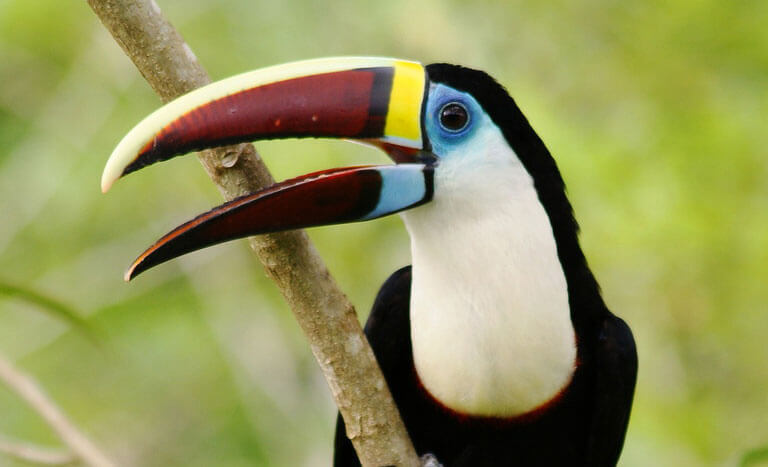 6. School children in Brazil also love to play games at recess such as cinco marias (jacks with stones), queimada (Dodge Ball), barra-bandeira (capture the flag), cabo-de-guerra (tug-of-war), or bola de gude (marbles). Another fun one is Luta de galo, which is Portuguese for “fight of the roosters.” Check out these instructions to try it out.

7. How many different reptiles species do they have in Brazil? 650! You’ll find reptile species (including anacondas, boa constrictors, emerald tree boas, and golden lancehead vipers on snake island where there is one snake every three feet!) They also have 600 mammal species (most monkeys – 80 different types of monkeys) and 2500-5000 fish species (including piranhas). Download a creative snake craft. 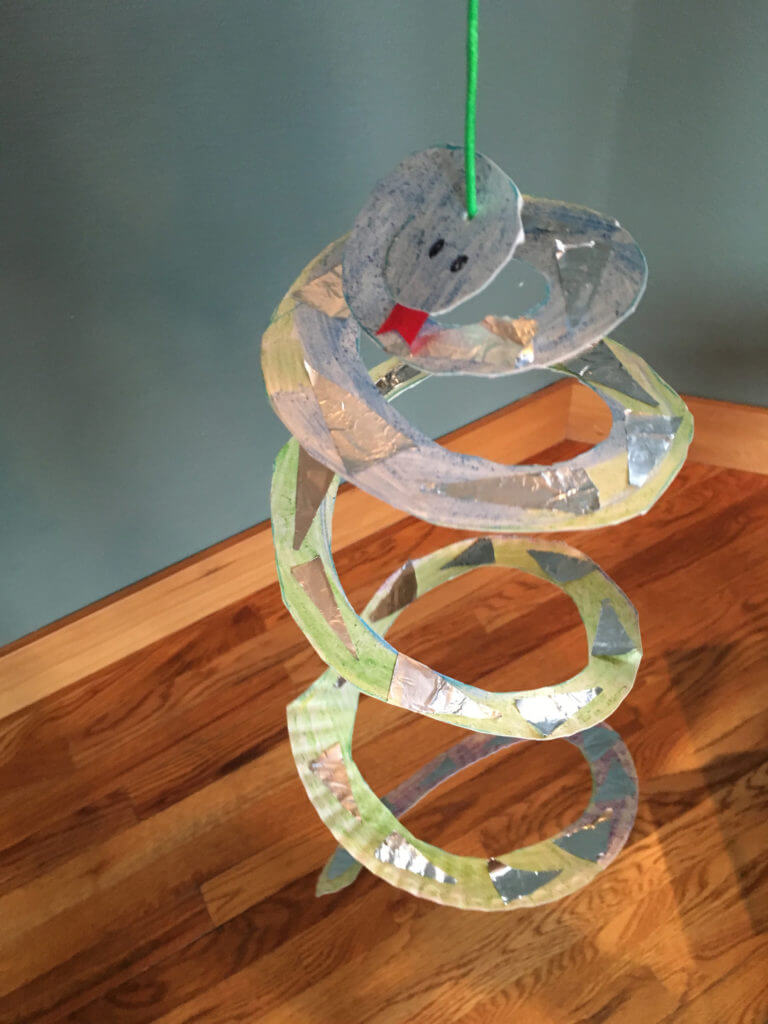 8. Brazil is also home to botos – the Amazon river dolphins. Did you know that they can be pink? Yes, pink dolphins. Find out more about the botos.

9. Which river is longer: the Colorado river or the Amazon river? The Amazon river! It is the second longest river in the world. Near Manaus, Brazil, the black water of the Rio Negro and the sandy-colored water of the Rio Solimões (the upper part of the Amazon) come together. This is called the Meeting of the Waters (Encontro das Águas). The mighty Amazon river continues to flow through Brazil all the way to the coast. Color your own Amazon picture from Mystery of the Troubled Toucan. 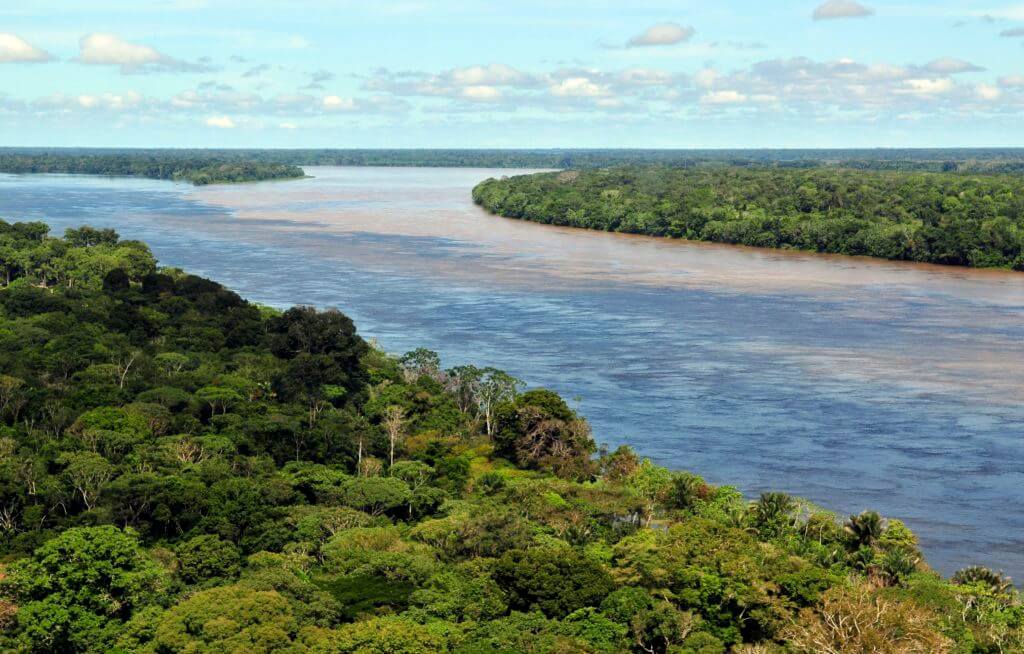 10. We can’t have a list of fun facts about Brazil without mentioning futebol. Futebol is one of Brazil’s favorite sports. In the United States, we call it soccer. The men’s Brazilian national team has won the World Cup a record five times. Take a look at some of the best Brazilian football, or soccer, world cup moments.

Want to learn more about Brazil? Discover the Pack-n-Go Girls Adventures and adventure into the Brazilian world of shadowy rainforests, wild animals, and tropical beaches with Sofia and Júlia. Enjoy the first and second books in the Brazil series, Mystery of the Troubled Toucan and Mystery of the Lazy Loggerhead. 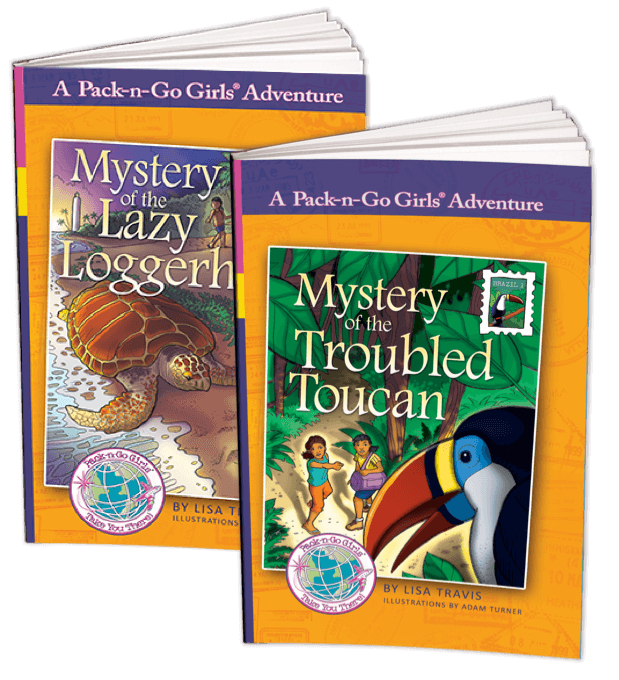 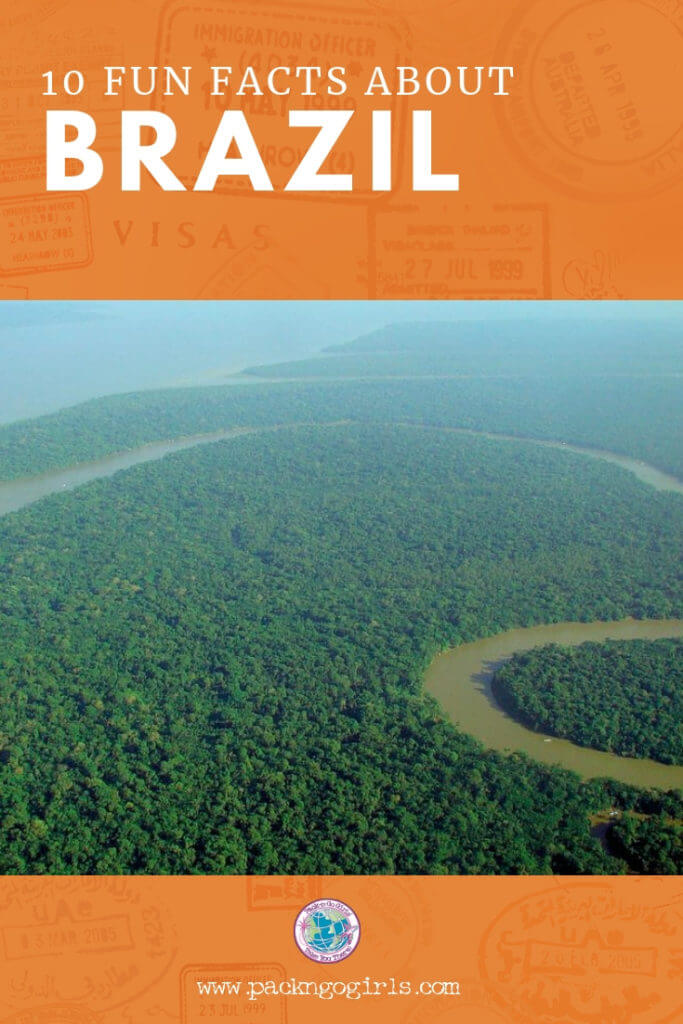