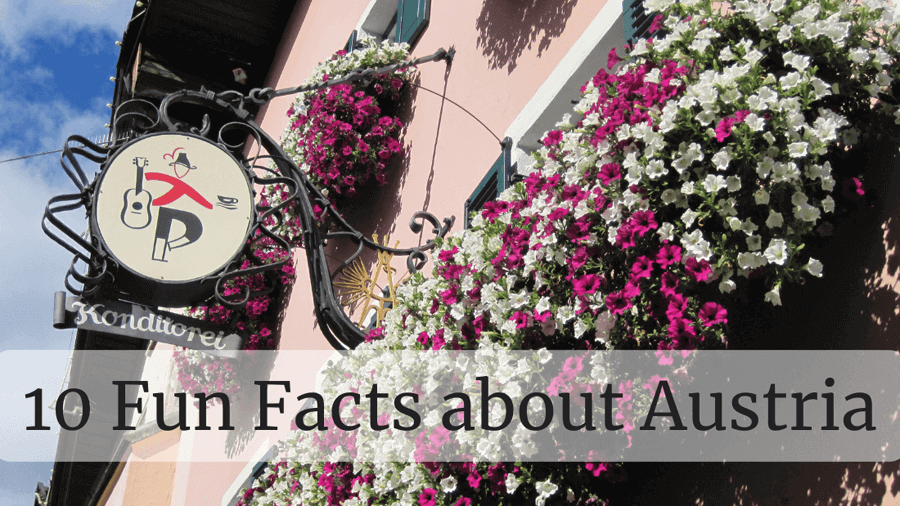 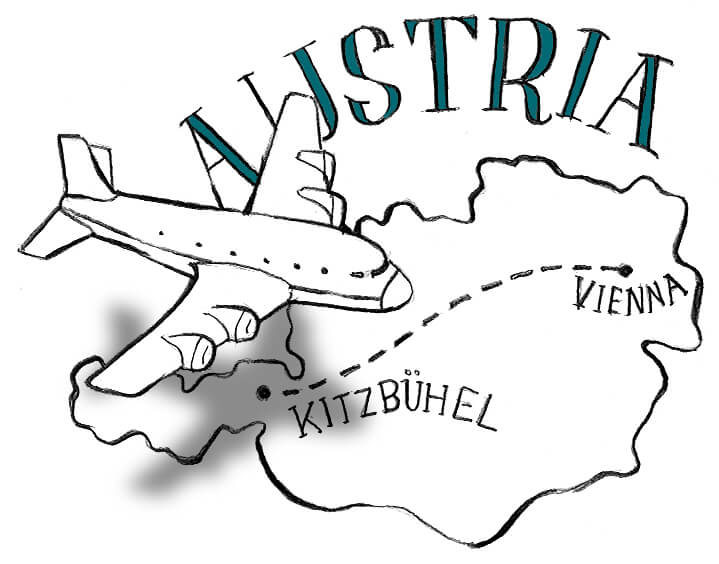 What do you know about this beautiful country in Western Europe? Check out the following ten fun facts about Austria, including links to a fun video, a recipe, and free printables.

Schoolchildren in Austria learn their country is shaped like a shoe. It’s completely surrounded by land. Austria has eight other countries as neighbors: Czech Republic, Germany, Hungary, Italy, Liechtenstein, Slovakia, Slovenia, and Switzerland.

2.  Austria is not Australia.

And to be fair, Australia is not Austria. Both countries have a lot of jokes about the confusion. True to Austrian style, the Austrian jokes are a bit more proper than the Australian ones. If you occasionally mix the two countries up, you’re not alone. Even CNN has made that mistake. 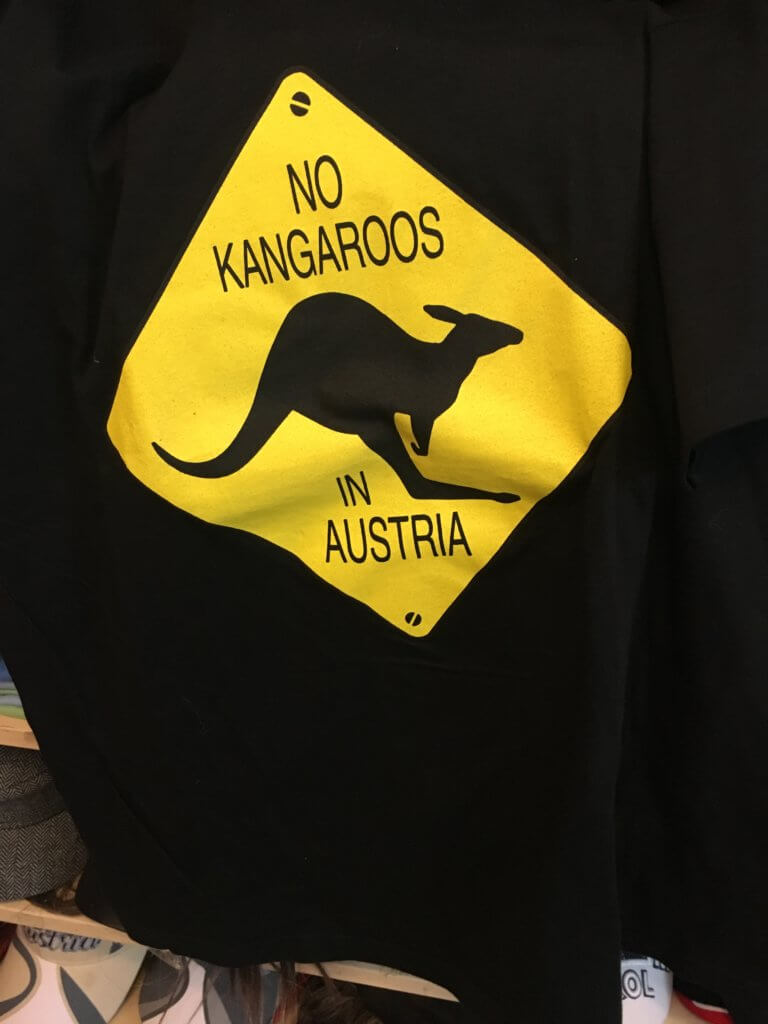 Who are your favorite classical music composers? Chances are good, you’ll have several Austrian composers on your top ten list: Wolfgang Amadeus Mozart, Joseph Haydn, Johann Strauss, and Franz Schubert were all born in Austria. Others, such as Ludwig Van Beethoven and Franz Liszt studied there. 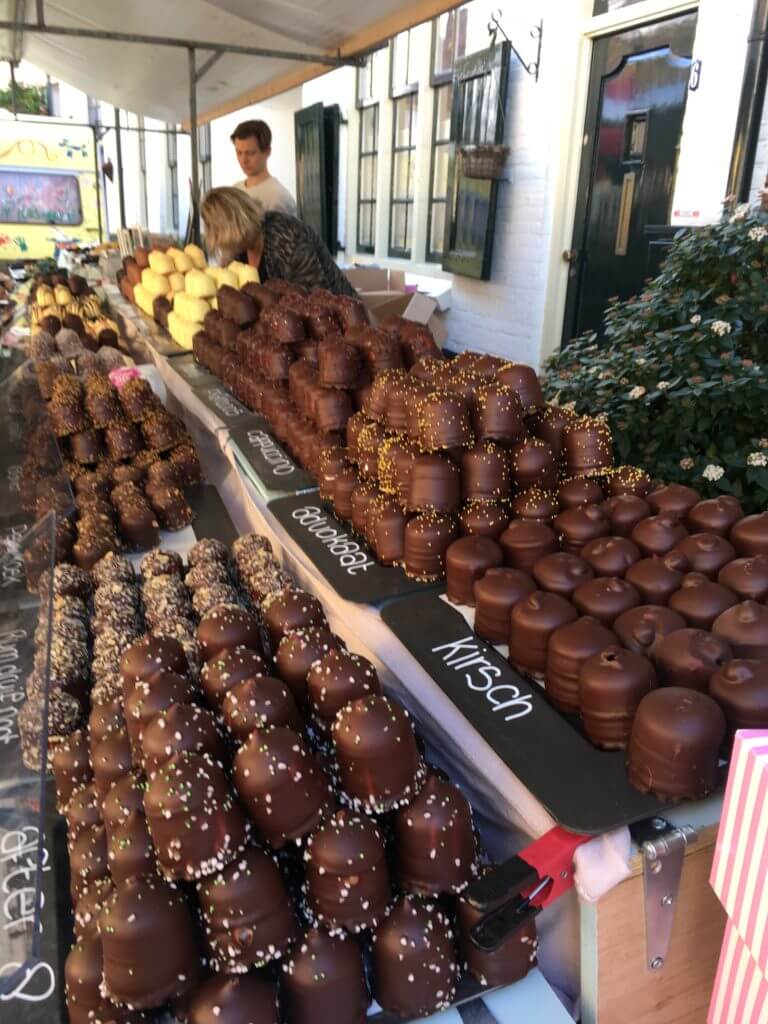 So do the Austrians, and they’re good at it! The city of Innsbruck hosted the Winter Olympics in 1964 and 1976. In addition, Austrians have won more Olympic medals for alpine skiing than any other country in the world. Not bad for a country that’s about the same size as Maine.

Austria’s red and white flag has been used since 1230! The country itself has shifted borders many times over the centuries and was annexed multiple times, ceasing to exist as the country of Austria. Between 1867 and 1918, the Habsburg ruled Austro-Hungarian Empire grew as large as the state of Texas. Have fun with this simple flag coloring page.

Christmas in Austria is always a special time of year, in part because Austria is full of Christmas markets, or Christkindlmärkte. It’s such a favorite tradition that many U.S. cities have adopted the tradition. An Austrian Christkindlmärkte begins the first week of Advent, or four weeks before Christmas. It’s a wonderful place to buy baked treats like pretzels or cookies, grilled bratwurst, and glühwein, as well as Christmas decorations, handcrafted wooden dishes, candleholders, and needlework. You’ll often hear groups singing or musical groups playing. The best Christkindlmärkte touch all the senses: sight, sound, taste, touch, and smell. Even though Vanillekipferl cookies are a holiday treat, try out this recipe any time of year. 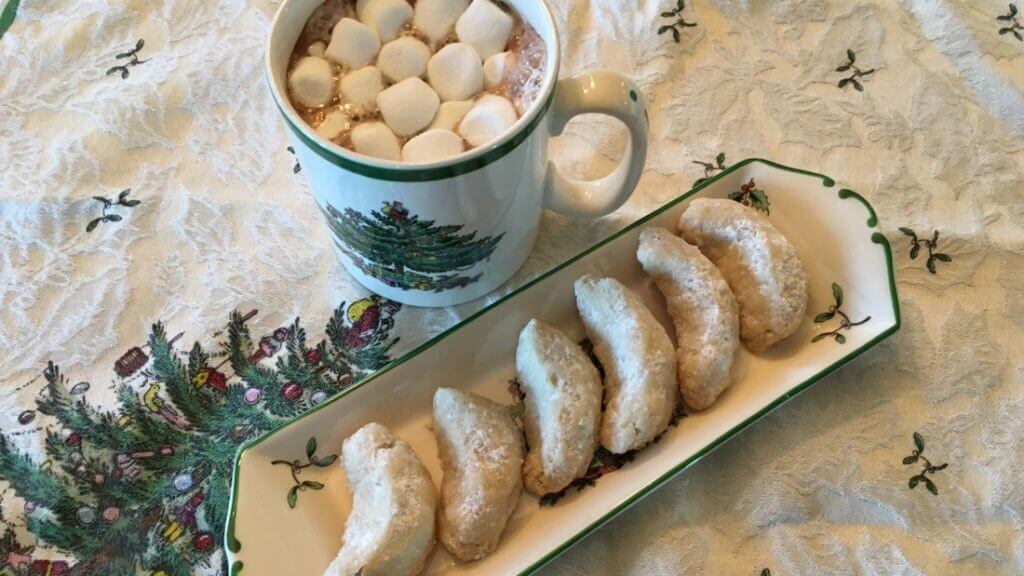 8. Krampus are part of the Christmas tradition, too.

Speaking of Christmas, in the US, we have the tradition of Santa Claus, who gives presents based on whether children are good or bad. Austrians have the Krampus, who is a very scary beast-like creature. The tradition is that the Krampus punishes naughty children and will even capture them and take them away. You’ll see people dressed in Krampus costumes at Christmas markets. They wear scary masks, carry chains and bells or brooms and stroll through the streets to beat the naughtiness out of children. They playfully scare adults and children alike.

The Sound of Music, which takes place in Austria, is a favorite American classic—that most Austrians have never heard of. In fact, it bombed in Austria for many reasons, not the least of which is that Austrians felt that it was not an accurate portrayal of the Von Trapp family or of Austria. Nevertheless, you can still take the Sound of Music tour in Salzburg and sing your heart out as you travel from scene location to scene location. 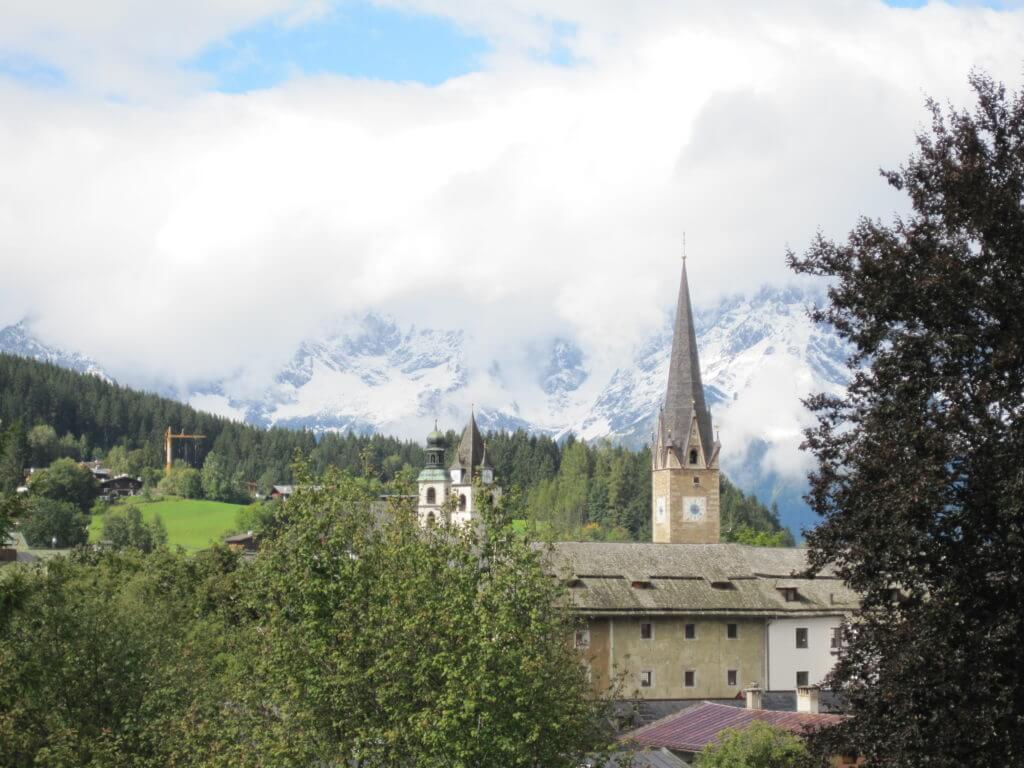 Want to learn more about Austria? Discover the Pack-n-Go Girls Adventures and adventure into the Austrian world of spooky castles, secret rooms, and delightful Christmas markets with Brooke and Eva. Enjoy the three books in the Austria series, Mystery of the Ballerina Ghost, Mystery of the Secret Room, and Mystery at the Christmas Market. 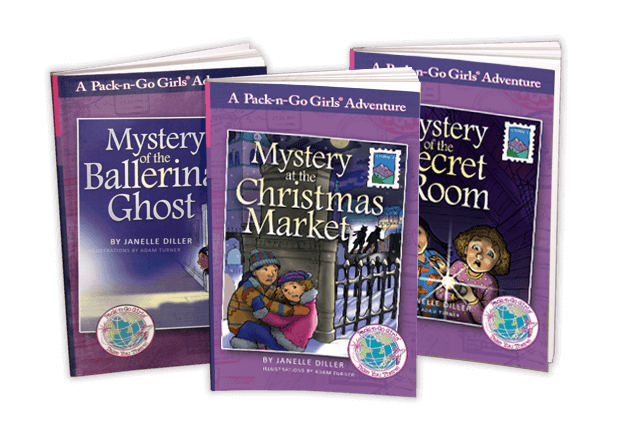 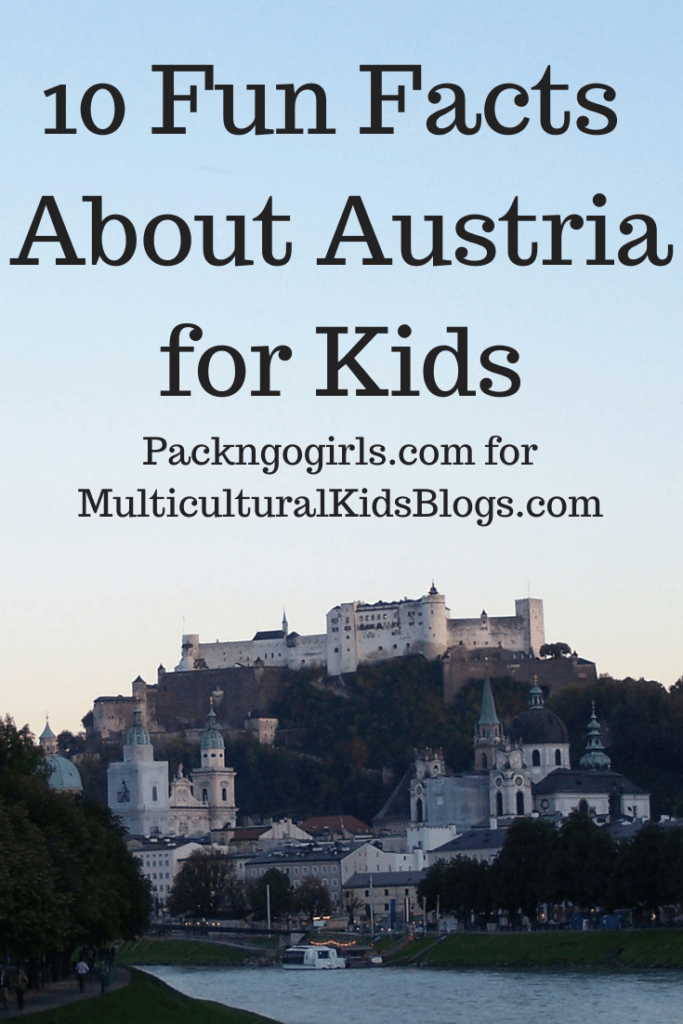