Posted at 22:12h in Travel by packngogirls

Note from Pack-n-Go Girls: We’re getting ready to launch Mystery of the Troubled Toucan, the first book in the Brazil Pack-n-Go Girls adventures! We reached out to fellow Multicultural Kids Blogger, Brynn in Brazil, who is an ex-pat living in Brazil. She’s given us a glimpse of a girl’s life in Brazil. We appreciate her guest post.

Despite having populations that speak different languages and with very different definitions of football, the United States and Brazil have two important similarities: they are huge countries with extremely diverse populations.

The US and Brazil are the third and fifth largest countries in the world in terms of land area.  Both countries have people who live in the mountains, by the beach, on ranches, in huge cities, or in dense forests. Like the US, Brazil has experienced waves of migration from all over the world.  In addition to the First Nations and Portuguese, Brazil has the largest population of African descendants after Nigeria and the largest population of Japanese outside of Japan.

So how to compare the lives of “typical” kids in countries defined by diversity?

You can’t.  At least, I can’t.  Growing up in Atlanta, the only winter survival skill I learned was go to the grocery store before the flurries start, which makes me poorly qualified to write about life in Maine.  Living on the coast of Brazil has taught me a lot about sea turtles but provided no insight into life on a cattle ranch in that state of Rio Grande do Sul.

However, I can take a page from Pack-n-Go Girls and tell you about the life of one girl, Ana Luisa, growing up in Vitoria, Espirito Santo. 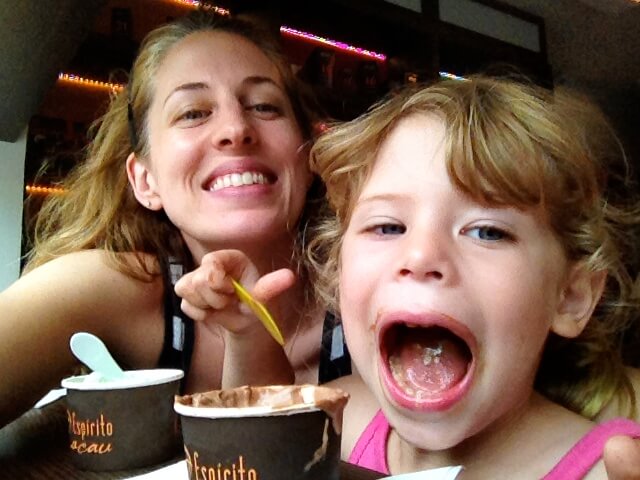 Ana Luisa is in her terceira ano (third year) of Fundamental I (elementary school) at a private school where in addition to subjects like math, science and Portuguese, she also takes guitar, swimming, and capoeira, a traditional Brazilian martial art.  Her favorite classes are her language classes; she’s taking English and French.  Ana Luisa lives in an apartment with her mom and dad and two older brothers (who are always hogging the iPad).  She really loves Sundays when her whole family gets together for lunch at her grandparent’s house and her dad and uncle play their guitars.  She’s almost good enough to play with them!

After cheese on a baguette from the bakery down the block, Ana Luisa puts on her uniform and gets a ride to school with her dad at 7:00 a.m.  Ana Luisa and her older brothers go to the same school, since most private schools have all grade levels from elementary through high school.  Ana Luisa buys her lunch at school and always has white rice with beans.  She usually gets fish with fresh papaya or pineapple for dessert.  Ana Luisa has guitar and capoeira class at school as part of her optional afternoon curriculum. She doesn’t get home from school until 5:30pm, and her family has dinner prepared by their housekeeper. 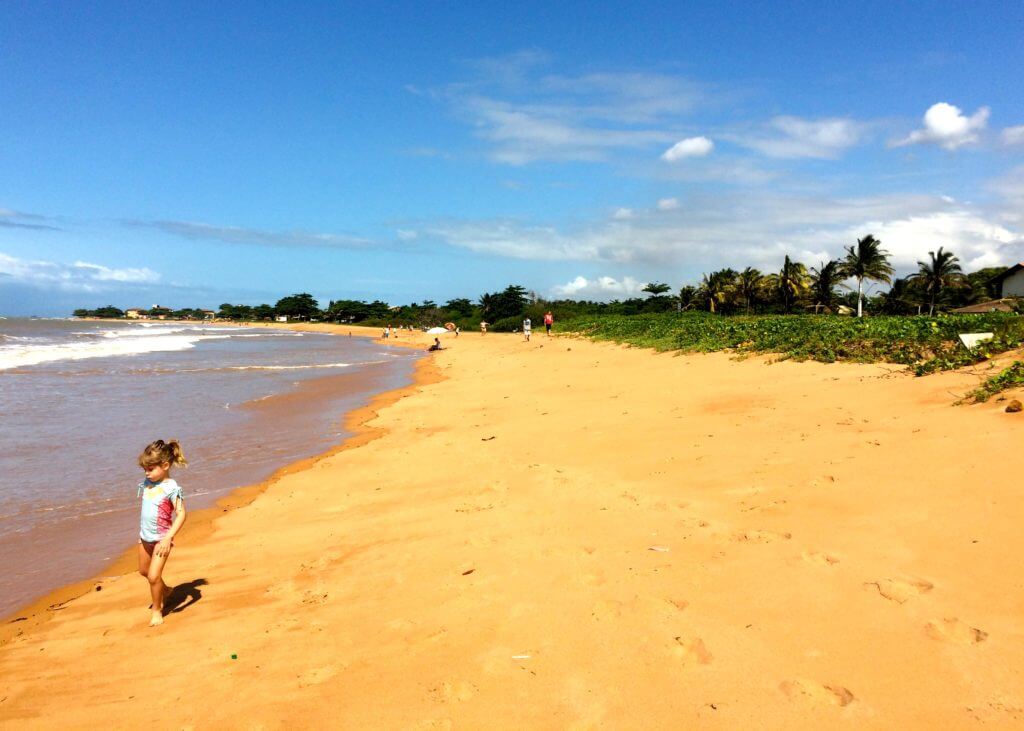 If it’s a sunny Saturday, Ana Luisa and her family typically go to the beach along with most people in Vitoria.  The beach they go to is just outside their city.  There are beaches close to Ana Luisa’s apartment, but her parents say they aren’t clean because of the factories on the bay.  Sometimes Ana Luisa and her brothers fly paper kites at the beach, but her favorite thing is taking a stand-up paddleboard out onto the water to look for sea turtles.  For lunch her family orders moqueca, a traditional stew from Espirito Santo made from whiting fish, tomatoes, and oil from local palms. It’s served with white rice and cooked bananas.

For Ana Luisa’s ninth birthday, she’s just having a small party in the barbecue area of her apartment building.  “A small party,” uma pequena festa, in Vitoria means a guest list of fifty people and a caterer to serve a simple barbecue with beef, chicken legs, pork ribs, and chicken hearts.  Ana Luisa loves chicken hearts dipped in farofa, a crumbly coating made from yucca plants.  Her parents arranged for a DJ with a karaoke machine so she can sing all the latest MPB (música popular brasileira) and Funk songs.  She’s only worried about her parents embarrassing her by singing all those corny old Bossa Nova songs.

One more thing in common…

The truth is kids growing up in Vitoria have a lot in common with kids in my hometown of Atlanta.  They all go out for pizza and movies.  A kid in Vitoria might cheer for Flamengo while a kid in Atlanta cheers for the University of Georgia Bulldogs, but both know you can’t have too many versions of your team’s jersey. Malls in both cities are filled with packs of texting tweens.  In many ways, life in Vitoria is more similar to life in Atlanta than to life in Manacapuru, a small town deep in the Amazon.  That’s how diverse Brazil is.

And I love that!

Because a great thing about living in a country like Brazil is that there’s always a new place to explore, new people to meet, and a new adventure to have.  That’s something any American kid can relate to.

A bit more about Brynn:

Brynn is a writer living in Vitoria, Brazil with her Brazilian husband and bilingual, multicultural daughter.  She blogs about her experiences as an American in Brazil and living in a multicultural family at http://www.brynninbrazil.com. You can also follow her on Twitter @bbarineau.