I have a black hijab and an abaya hanging in my closet, which is not the typical thing for a 64-year-old white Protestant professional woman to have amid her business attire. In case you’ve never had the occasion to wear one, an abaya is the floor-length, long-sleeved over-garment that some Muslim women wear. The hijab is the head covering. They arrived via Amazon weeks before I was scheduled to travel to Saudi Arabia for the first time. I put them on and looked in the mirror. A stranger stared back.

When I was first asked to facilitate a week of training in Saudi Arabia, I enthusiastically agreed. I could have said no, but I have a bucket list, after all. And traveling on an expense account with someone taking care of me is always enticing. Then the emails started: I would need a male sponsor to escort me from the airport. I could only coach the females in the training group, not the males. I couldn’t step outside the hotel as a single woman, get on an elevator with a man, nor walk in public with a man who wasn’t my relative. I would have to wear a black abaya and hijab at all times, starting with the moment my plane entered Saudi air space. 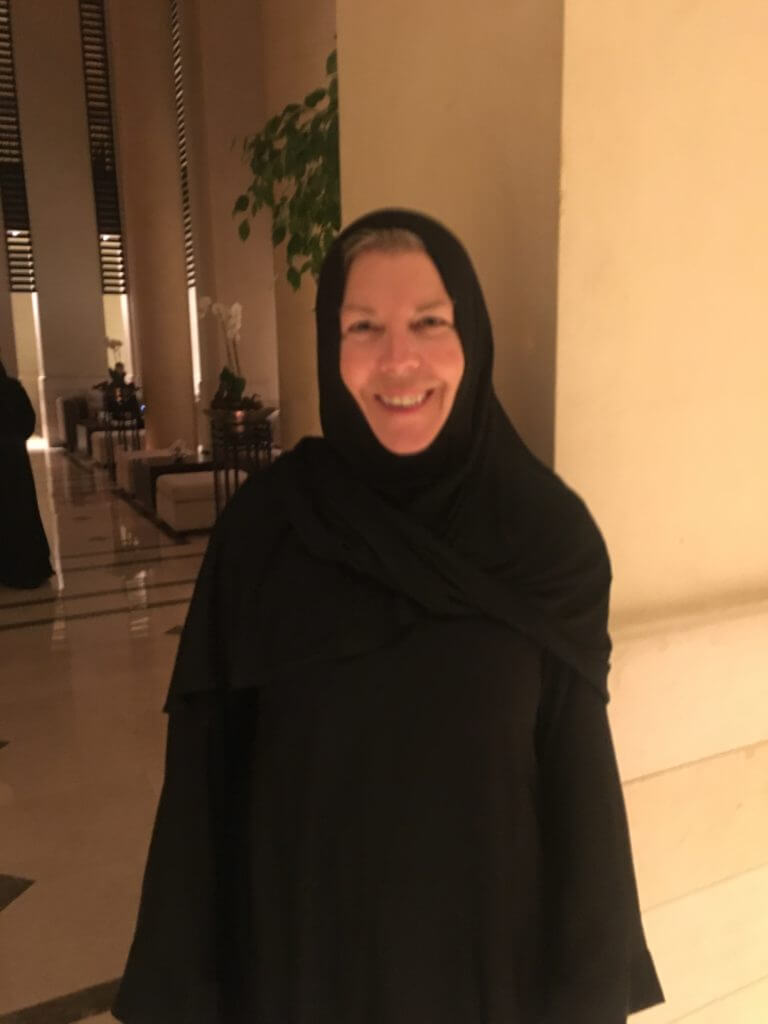 Ah, the abaya—that long black cloak of conformity. The dress itself became a metaphor for all the religious and cultural rules it represented. My abaya began to consume an unfair amount of my headspace. Simple things worried me. How hot would I be in the desert heat with that extra layer of fabric covering me from head to toe? How many abayas would I need for a week of work? What exactly should I wear underneath? Far more complex ideas increased my anxiety too. I worried about how I would be treated as a woman. What disrespect might I encounter? Would the mutawa, the religious police, harass me? Most of all, would I be arrested if I didn’t follow the rules or keep my mouth shut?

My abaya and hijab woke me up at night, when worries are the loudest and most irrational. They whispered to me that this would be the most miserable, maybe even dangerous, week of my professional career. During the day, I managed to talk back. After all, I’ve traveled extensively and love how exposure to a new culture explodes my world. I told myself I could survive anything for a week. The greatest irony though is that, as you know, I write Pack-n-Go Girls Adventures, which take American girls to other countries where they solve spooky mysteries and develop international friendships with girls their age, all the while learning about the new country. We inspire young readers to embrace adventure, be curious, value what unites us, and celebrate the differences that make us unique. Unfortunately, in the weeks leading up to my trip, I didn’t want any of that for me. I just wanted to be able to wear a casual dress and strappy sandals and shake hands with any man I met. 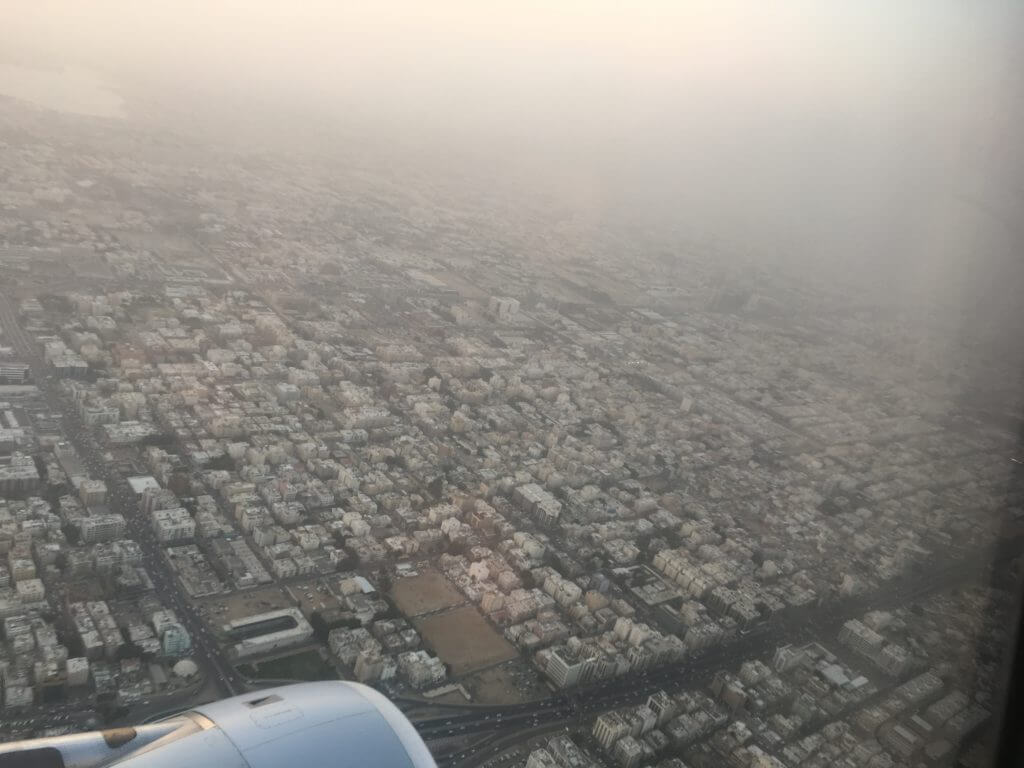 As we approached Saudi airspace, I turned on the map function and watched the plane float down the Red Sea toward Jeddah, my destination. I waited anxiously, not wanting to put on my abaya too soon nor wait too long because I didn’t know how many other women would need to step into the restroom to change clothes. Of all the emotions coursing through me, adventurous didn’t poke its head up. Instead, I felt weighted down, demeaned. Subjugated. My three male colleagues I was traveling with could sleep, eat, or watch a movie right up until we came in for our final approach. I had to change my clothes. When I came out of the restroom, in black from head to toe, I caught the eye of a colleague. We both wilted a little—me because I couldn’t be me, and he because he knew it wasn’t me.

Nothing about the week fit my preconceived ideas, nor did it feed my fears. It turned out that I’ve never felt more welcomed and appreciated in any other work I’ve done around the world. Fortunately, because we were in Jeddah, the most progressive Saudi city, the rules turned out to be more relaxed. While the abaya remained a requirement, the hijab was optional. Many of the participants in the program had studied outside of Saudi Arabia and so were also comfortable with an American woman in their midst. Best of all, to a person, they were eager learners, gracious hosts, and respectful colleagues. Never for a moment did I feel demeaned or disrespected by any man or woman. Even the abaya began to be my friend. It flowed as I walked, giving unexpected drama to my entrances and exits. Its roomy design easily hid my daily baklava and mint lemonade indulgences—with glorious room to spare! Dressing every morning was effortless. I only had to choose my scarf and jewelry. Everything else was predetermined. In a well deserved moment of irony, I discovered that many Muslim women wear the hajib and the abaya precisely to stop people from focusing all their attention on how they look and start focusing on their minds, their passions, dreams, thoughts, and actions. It wasn’t what I thought I would learn.

As my nerves settled, I found myself in fascinating conversations that ranged from the nuances of how a man knows whether to offer his hand to a woman to the seismic cultural shifts taking place in the country. Legalized movie theaters and the upcoming freedom for women to drive (with permission of a male relative, of course) are only the first tremors. Earthquakes are coming. 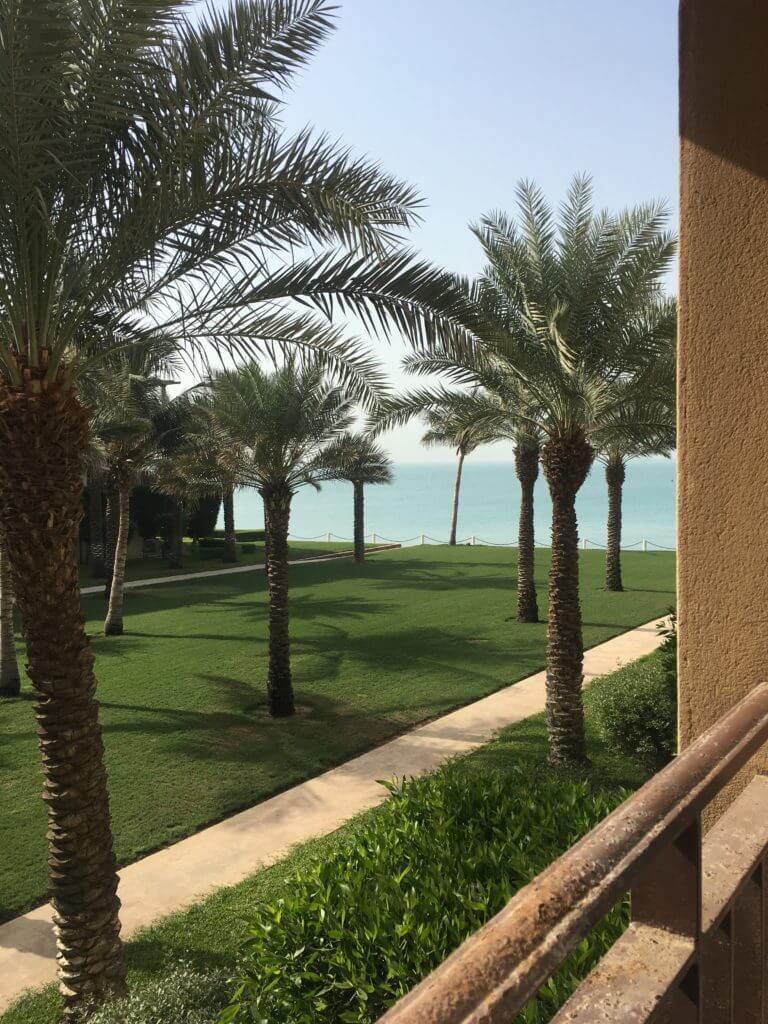 My abaya will stay in my closet for a while. Maybe I’ll get to travel to Saudi Arabia again. Maybe not. Regardless, catching a glimpse of it reminds me of how my thinking shifted—and increased the complexity of my understanding—about the Middle East. It’s a reminder, too, that I could have let my fears win. I could have stayed home and continued to keep my comfortable stereotypes about who I am and who the Saudis are. My fears almost kept me from being adventurous and curious, from discovering what unites us, while celebrating the differences that make us unique. What I would have missed!

Wish you could be traveling? You can with a book! Share Pack-n-Go Girls Adventures with a child you want to inspire! 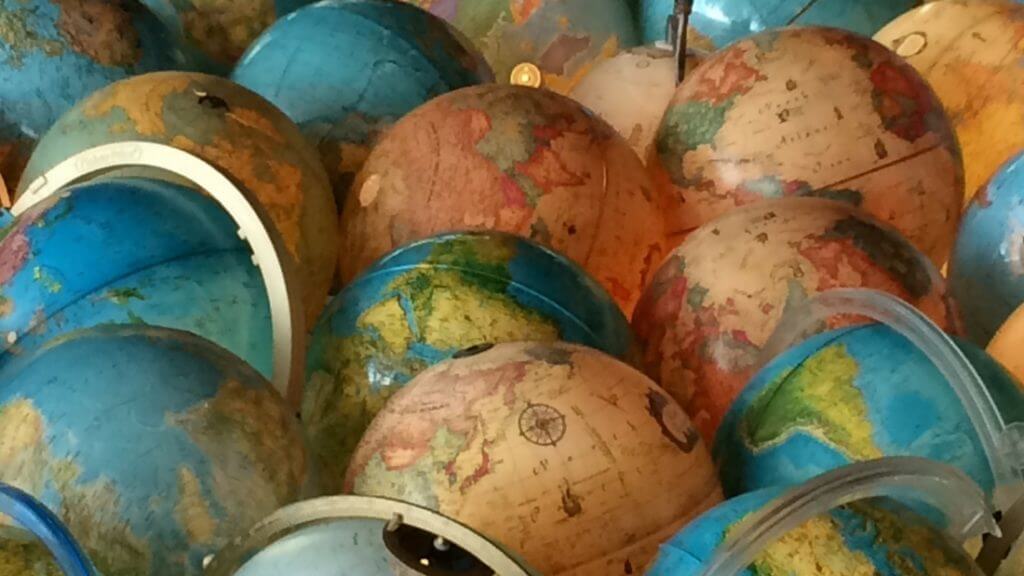