5 Things I Learned Traveling the US Southeast
1840
post-template-default,single,single-post,postid-1840,single-format-standard,theme-bridge,bridge-core-3.0.2,qode-quick-links-1.0,woocommerce-no-js,qode-page-transition-enabled,ajax_fade,page_not_loaded,,qode-title-hidden,columns-3,qode-child-theme-ver-1.0.0,qode-theme-ver-28.8,qode-theme-bridge,qode_header_in_grid,wpb-js-composer js-comp-ver-6.9.0,vc_responsive 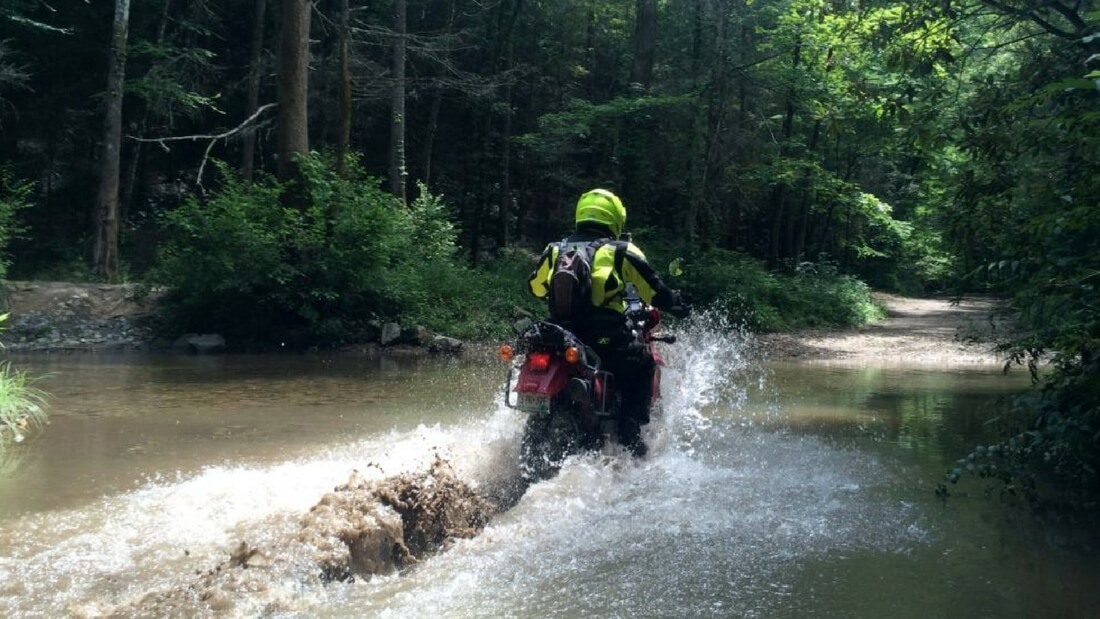 22 Jul 5 Things I Learned Traveling the US Southeast

Posted at 13:54h in Travel by packngogirls

Some adventures are just better than others. This summer we’re traveling the glorious width of America. My husband and son are on motorcycles, riding the back roads of the TransAmerica Trail, which runs from the Outer Banks of North Carolina to Port Orford, Oregon. I’m driving SAG—support and gear—and meeting up with them every night in a hotel or campground. What a sumptuous variety of vistas, tastes, and accents! Last year, the three of us traveled the Great Divide route—from Banff, Alberta, to the Mexican border—in the same fashion. In case you missed those posts, you can view them here and here. One of the countless reasons I love to travel is because I always learn something, and it doesn’t matter whether or not I’ve needed a passport to get there. This is especially true of this trip. The contrast between last summer’s adventure and this one is a wonderful snapshot of how varied our country is between the East and the mountainous West. Here are just a few of the things we’ve observed:

The East has more roads. Yes, this is an obvious one, but until you try driving the back ones, you just don’t realize it. The interstate system, which I hugely appreciate every time I just want to just GET some place—masks the reality that many driving destinations in the East are part of a spaghetti tangle of roads and small towns. When I travel on a back road from Colorado Springs (by the way, there’s only one headed west and one headed south), I know that a distance of 100 miles will take me about an hour and a half or less and might not even have a single turn to the right or left.  In North Carolina, Tennessee, or Mississippi, it’ll be more like two hours. Or it could be more.  And I’ll have made a dozen turns to get there. 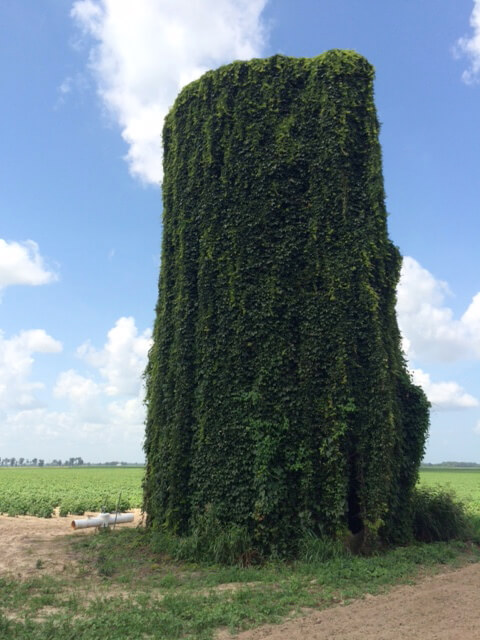 Everything is covered in lush vegetation.  We’ve traveled for days on end in a tunnel of trees, in contrast to travel in the West, where there’s more sky than land. Gardens thrive with perfect cabbages, tidy rows of corn, and enough tomato plants to feed an entire neighborhood. Kudzu drapes roadsides, trees, and even buildings in softly formed topiaries. Of course, there’s a bit of a price to pay for that since there’s plenty of rain and enough humidity to grow mold between your toes. But I suspect all those vine-ripened tomatoes make even that worthwhile.

There’s a church at every turn. All of them are surrounded by cemeteries that look like they hold five times as many people as could cram into the sanctuary, which only says how many generations have been attending there and eventually dying. The back roads are full of small family cemetery plots, too. Five here, seven there. It makes for a picturesque reminder of how much earlier immigrants settled the East than the Rockies. 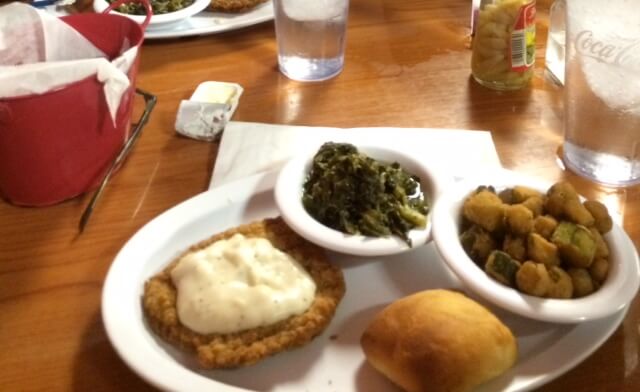 The calories are lovely. Well, what can I say? Fried chicken, chicken fried steak, fried okra, fried green tomatoes, and deep fried hushpuppies. Yum. Even if it’s not good for the arteries, it’s heavenly on the plate, especially because there’ll be a side or two of turnip greens, collard greens, homemade biscuits, and maybe some grits. I suppose I can get most of this somewhere in Colorado, but I’d probably have to cook it myself. So it wouldn’t be very good.

Dialectical differences still abound. Hooray! Linguists observe that one of the unfortunate and unexpected outcomes of TV in the ‘50s and ‘60s is that newscasters adopted a middle-of-the-country dialect, which gradually watered down dialects throughout the country. Get off the main roads, and you can still hear plenty of differences. I keep wishing I could turn on my phone recorder, even when ordering lunch.

On the second day of our 39-day adventure, my husband lamented that we only had 37 more days to go. I’m feeling that pain, too. I can’t wait to see what the rest of the road brings us.

P.S. We want you to know that we met our Kickstarter campaign goal! Brazil is in the works. Thanks for your great support for making this happen!